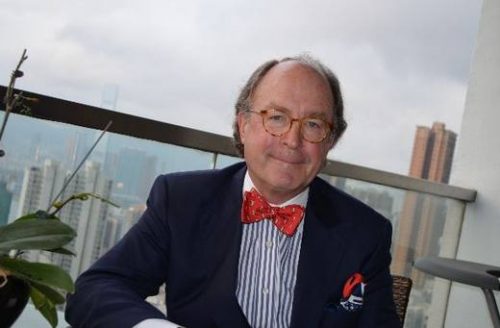 Bangkok, May 5, 2021 / TRAVELINDEX / During its 70th Annual General Meeting held online on Thursday, April 29, 2021, the Pacific Asia Travel Association (PATA) presented PATA Life Membership to Scott Supernaw in recognition for his contribution to the responsible development of travel and tourism in the Asia Pacific region.

PATA Life Membership is the Association’s highest honour, conferred upon an individual who has devoted at least 10 years of exceptional voluntary service to PATA and the tourism industry. Representatives of PATA member organisations are nominated by their peers to receive PATA Life Membership.

Upon receiving the award, Mr Supernaw said, “For those that commit to active roles and leverage the networks at PATA events, the business rewards are there. However, for me equally rewarding are the friends and colleagues that my wife Chris and I have had the pleasure of meeting, travelling with and being associated with over the past 40+ years.”

“I am truly honoured by this Life Membership Award and to become associated with notable honourees and friends, to many to name. It is indeed humbling and has indeed been fun,” he added.

Scott Supernaw has extensive experience in global marketing and business development from well-established brands in the travel industry. The companies he has worked with include Trans World Airlines, where he is credited with starting their successful Getaway Tour brand; General Mills Inc., where he led the acquisition of Olson Travel and Travelworld, Ltd; Olson-Travelworld Ltd., as President and CEO; and Tauck Inc. where, as Managing Director-International, he led their expansion into the international tour and cruise market.

He is a founding member and past two-term Chairman of the United States Tour Operators Association. Scott is also a past member of the Executive Committee of the PATA and past Chairman of the Executive Board, in addition to being the past Chairman of the PATA Foundation. Furthermore, he has served on the advisory boards of the French, Swiss and Israeli government tourism boards. In the early 1980’s he was one of seven U.S. tour operators invited by the Chinese Government (CITS) to consult and work with them in the development of their long-haul, inbound tour business. He is a former member of the Los Angeles Chapter of the Young Presidents Association and holds a BA and MBA from Michigan State University. He also completed six years as an officer in the U.S. Army. Mr. Supernaw currently sits on the Board of Directors for Horizons at Sacred Heart University, a non-profit organization to help the under-privileged obtain a better education.

About PATA
Founded in 1951, the Pacific Asia Travel Association (PATA) is a not-for-profit membership association that acts as a catalyst for the responsible development of travel and tourism to, from and within the Asia Pacific region. The Association provides aligned advocacy, insightful research and innovative events to its more than 650 member organisations, including 82 government, state and city tourism bodies, 14 international airlines and airports, 71 hospitality organisations and 75 educational institutions, as well as thousands of young tourism professional (YTP) members across the world. The PATA network also embraces the grassroots activism the PATA Chapters and Student Chapters, who organise numerous travel industry training programmes and business development events across the world. Thousands of travel professionals belong to the 32 local PATA Chapters worldwide, while hundreds of students are members of the 28 PATA Student Chapters globally. The PATAmPOWER platform delivers unrivalled data, forecasts and insights from the PATA Strategic Intelligence Centre to members’ desktops and mobile devices anywhere in the world. PATA’s Head Office has been in Bangkok since 1998. The Association also has official offices or representation in Beijing and London.