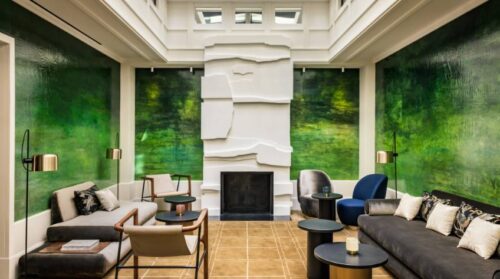 Paris, France, May 26, 2022 / TRAVELINDEX / Saint Germain des Pres, one of the most desirable neighborhoods of Paris, and the recent opening of Pavillon Faubourg Saint-Germain is a welcome addition to an area with few five-star properties. Pavillon de Faubourg Saint-Germain is part of Chevalier Paris, an independently, family-owned chain of boutique hotels in Paris, which includes Pavillon de la Reine, Pavillon des Lettres and Hotel des Petit Moulin, which all are part of the Small Luxury Hotels of the World list. Earlier this month we were invited to take a tour of the hotel and have lunch with Vanessa Jacquiot, the director of sales and marketing of the Chevalier Group.

Historically, the hotel was a former palace constructed in 1642, and in the early 1900s it became a hotel, changing ownership several times. Before the Chevalier Group took it over, it was modernized in 2015 and called The Saint Hotel. Although the hotel was completely gutted and then refurbished, the Chevalier Group desired to put their signature stamp on the hotel and decided to renovate the rooms and the public spaces.

The Chevalier family has been cultivating the art of entertaining in its boutique hotels and restaurants for over 40 years in the most beautiful locations of Paris.

She has created a haven of peace in the former residence of Anne of Austria on the Place des Vosges, an architectural jewel from the reign of Louis XIII. The hotel Le Pavillon de la Reine has become the reference for luxury and discretion. Its Restaurant Anne was awarded a Michelin star in 2020.

Facing the presidential palace of the Elysée, the Pavillon des Lettres pays tribute to literature. Each of its 26 rooms celebrates a world-renowned author.

Le Petit Moulin, the smallest hotel in the group, holds a special place in the group’s portfolio. Located in the heart of the Marais, in a building dating back to Henri IV, we owe the abundance of creativity in its decoration to famous designer Christian Lacroix.

The Chevalier family’s new venture crosses the Seine to the left bank, in the heart of Saint-Germain-des-Prés, and opens the doors to a new place to live: the Pavillon Faubourg Saint-Germain. A place steeped in history, where great poets, writers and artists such as James Joyce, T.S. Eliot and Léo Ferré stayed at the beginning of the 20th century, and which now welcomes Parisians from all over the world in its hotel, restaurant, bar and spa. 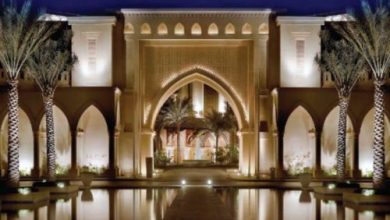