Cancun, Mexico, May 10, 2021 / TRAVELINDEX / Countries and top tourism leaders from around the world have been recognised with awards by the World Travel & Tourism Council (WTTC), at its Global Summit 2021 in Cancun, for their outstanding global leadership.

• Read all the latest WTTC News and Updates here.

The awards acknowledged the world-class leadership qualities displayed by a specially selected group from among hundreds of the world’s foremost business Travel & Tourism leaders, government officials and key decision-makers.

Carlos Manuel Joaquín González, Governor of Quintana Roo, which includes Cancun, Mexico was given the Global Leadership Award for his role during the COVID-19 crisis.

Cancun’s early, successful adoption of the WTTC Safe Travels stamp led the way and was recently given to the 250th destination.

His Excellency, Ahmed Al Khateeb, Minister of Tourism of the Kingdom of Saudi Arabia, was awarded the accolade of Global Leader, for making history earlier this year by embracing the private sector in the G20 Tourism Ministers Meeting for the very first time.

Gloria Guevara, WTTC President & CEO, said: “2021 marked a year of unprecedented hardship and challenges for the global Travel & Tourism sector. So, we are honoured to be able to recognise so many top achievers for their incredible efforts to revive the sector by displaying such admirable leadership qualities.

“Our esteemed winners this year have demonstrated the very best values and qualities which our sector shows on a daily basis to encourage travellers and holidaymakers to venture out and explore the world.

“This has been especially difficult over the past 12 months as the pandemic has ravaged our sector, devastating businesses and the jobs of so many people who depend upon it for their livelihoods.

“But we recognise our winners today for taking bold steps to halt and reverse the impact of COVID-19 with 14 major awards and thank them for their courage and dedication.

“From Cancun, Mexico, to Saudi Arabia, Greece, Spain and the U.S., to name but a few, destinations and their leaders from around the world have stepped up to the mark to save a sector which in 2019, before the pandemic took hold, generated one in four of all new jobs around the world and contributed 10.4% (334 million) jobs globally.

“From the bottom of my heart I wish to thank each and every one of our winners – and those around the world, who each day stand up to make a difference – to bring cultures together, encourage mobility and unite us all by making Travel & Tourism essential to our happiness and well-being.”

Under the theme “Uniting the World for Recovery” the Global Summit made history by becoming the first-time global Travel & Tourism event where leaders gathered face-to-face since the COVID-19 pandemic damaged the sector and halted all major events around the world since March 2020.

Ten Champion Awards were also announced at the Summit:

Rita Marques, Secretary of State for Tourism of Portugal, was awarded for Leadership in Social Impact.

Harry Theocharis, Minister of Tourism of Greece, was recognised by WTTC for his Leadership in Crisis Response.

Meanwhile top Spanish economist and Minister of Industry, Trade and Tourism, Reyes Maroto, was awarded for her Leadership in Women Advocacy.

Jean-Baptiste Lemoyne was awarded for his leadership in Climate & Environmental Action, in his role as Minister of State of Tourism, France.

Isabell Hill, Director, National Travel and Tourism Office of the United States of America, was recognised for her contribution towards Women Empowerment.

After the awards she said: “It is an honor to receive this award from the WTTC, an organization I have worked with to advance the tourism policy agenda in the United States and globally. I am particularly gratified to be honored in the context of the WTTC focus on empowering women, which is fundamental to shaping the future if this sector.”

Þórdís Kolbrún Reykfjörð Gylfadóttir, Minister of Tourism, Industry and Innovation of Iceland, who was awarded by WTTC in Cancun for Building Resilience said:

“It is a true honour to receive this award. The Government of Iceland took a targeted and cautious science-led response to contain the pandemic which appears to be paying off. I believe there is a lesson in that for the recovery of the tourism sector that lies ahead. We need to put community first and base decisions on the best available data.

“I would like to thank WTTC for its tireless work throughout the pandemic on highlighting the importance of the tourism industry for the world economy and promoting the benefits of effective collaboration between the public and private sectors. I look forward to continuing to follow and support WTTC initiatives to help rebuild the sector with resilience and sustainability as a core focus moving forward.”

• Read all the latest WTTC News and Updates here.

Two Icon Awards were also awarded at the Global Summit:

WTTC ensured strict world-class health and hygiene protocols were in place to protect key private and public sector participants at its Global Summit, with testing available for all delegates attending in person.

They met to discuss their experiences and share best practice on topics from kickstarting recovery in the Travel & Tourism sector to how to enhance sustainability and inclusivity.

The Summit also acted as the platform for recovery and will be the place where a roadmap will be defined to take the sector towards restarting international travel and existing in the new normal. 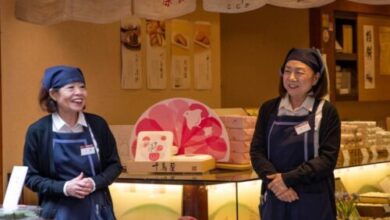 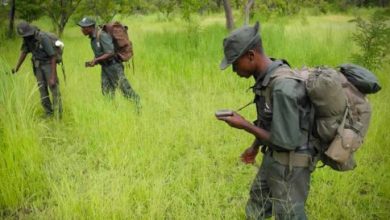 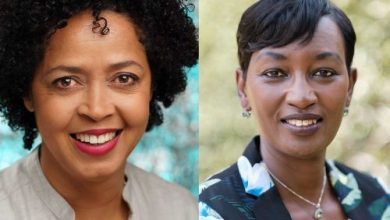 WWF Appoints Two Female Leaders from Africa to International Board